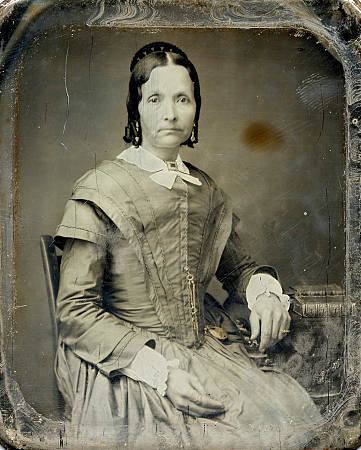 END_OF_DOCUMENT_TOKEN_TO_BE_REPLACED

Julie Berry’s’ All the Truth That’s in Me (Viking 2013) is this year’s Whitney Award winner in the Best Young Adult General Novel category. It has been well-reviewed by the New York Times , The Guardian, Publisher’s Weekly, and Kirkus Reviews. It has also received a number of other national honors, including an Edgar Award nomination.

The novel tells the story of Judith, a young woman who cannot speak because half of her tongue has been sliced from her mouth. How and why she was mutilated in this way remains a mystery for much of the novel, although Judith’s stark and haunting narration makes it clear that it has something to do with Colonel Whiting, a shadowy outcast from her village who had kidnapped and held her captive for two years. When the novel opens, Judith’s captivity is a thing of the past, although the physical and emotional scars it left are ever-present in Judith’s interactions with her family and village, a Puritan-esque community called Roswell Station. Her daily life consists of subsistence living, silently doing chores to keep her struggling, fatherless family from starvation. Because of her muteness—and unanswered questions about her captivity—she is a curiosity with a dubious reputation. Most in her village, including her embittered mother, doubt her intelligence and virtue.

The draw of the novel is Judith herself. Wounded but strong, she wants the dignity and respect everyone wants from their neighbors. Helping her achieve that dignity are her few close friends: Maria, who gives her confidence to speak despite her damaged tongue, and Lucas, the son of her kidnapper. In fact, it is to Lucas, whom she loves, that the novel’s narration is directed. Written in second person, as a kind of love letter and confession to Lucas, the novel has an intimate voice that is honest and uninhibited. Through it, we get a portrait of Roswell Station not from its center of power, but from the margins—where the forgotten and ignored reside. It is a perspective any teenage reader can relate to.

END_OF_DOCUMENT_TOKEN_TO_BE_REPLACED

Today’s most important news in the Mormon literary world is the announcement of the longlist of Mormon Lit Blitz finalists. The list can be found on Mormon Artist, the host for this year’s Blitz. Among the finalists are some familiar names from past competitions, including past winner Merrijane Rice, as well as some newcomers. Also, there are a few names on the list that I have never heard of, which is always a good thing in the world of Mormon arts and literature.

My short story “Living Scriptures” made the list. It has significant Book of Mormon elements in it, which seems to be a thing among some of this year’s semi-finalists.

I wish I could read all twenty-four, but only twelve will make it to the final round. Wouldn’t it be great, though, if the Lit Blitz coordinators released a commemorative e-book of all the semi-finalist works? I’d buy it for $2.99. The Oxford English Dictionary defines a “Utopia” as “[a] place, state, or condition ideally perfect in respect of politics, laws, customs, and conditions.”  The original terms, of course, derives from Sir Thomas More’s 1516 book, Utopia, which describes how such a place would be run.
Today, when we talk about utopian spaces, we are generally referring to safe-havens perfectly suited for people who have been screwed over by society. Early in Mormon history, Joseph Smith and his followers attempted to build utopian spaces in Ohio, Missouri, and Illinois. Later, Brigham Young and the pioneers tried again in Utah and its surrounding regions. In each case, the Saints came up short.
Today, the Mormon utopian dream is a dream deferred, although remnants of it still exist prominently in such practices as tithing, temple work, service, Church welfare, and home and visiting teaching. While these practices do much to ease the burdens of the persecuted and create a more utopian space, they are not perfect.
Zion is still yet to be redeemed.
In “realistic” fiction, utopian spaces occasionally pop up. For instance, in John Steinbeck’s excellent Depression-era novel The Grapes of Wrath, the Joad family visits the Weedpatch Camp, an idyllic government-run haven for migrant workers in California. For the Joads, as well as for Steinbeck’s readers, the Weedpatch Camp presents the perfect remedy for the squalid living conditions, abuses, and exploitations that workers were then subjected to.  The suggestion is that if there were more places like the Weedpatch Camp, families like the Joads would be able to stay together and survive.
In many ways, the Weedpatch Camp episode injects much needed hope and idealism in an otherwise bleak novel. At the same time, however, something about Steinbeck’s depiction of it makes it seem a little too perfect and idyllic—and that kind of perfection is suspicious to me.  As a reader, I’m happy that the Joads find a clean, safe place to stay for a while. But, at the same time, I also want a whole picture. What’s the other side to the Weedpatch Camp?
My point is this: perfect places don’t exist in this life and safe-havens are not without dangers of their own.  When we begin to believe otherwise, we take our first steps toward disillusionment, disappointment, betrayal, and apostasy. As Mormons, we believe that nothing can currently exist without the influence of some kind opposition. Our goal, therefore, is not to be rid of opposition—i.e. achieve a perfect state—but to exist well despite of it. Of course, this means that everything we do or are, every space that we make, will be imperfect, subject to dissolution.  Real spaces are flawed.
Realistic Mormon fiction should avoid the lie of utopian spaces—especially when they’re meant to be uniquely Mormon.  Otherwise, it runs the risk of becoming the worst kind of inspiration fiction—the candy fluff that seeks to “pacify, and lull [readers] away into carnal security,” leading them to believe that “All is well in Zion.”
Follow Artistic Preaching on WordPress.com